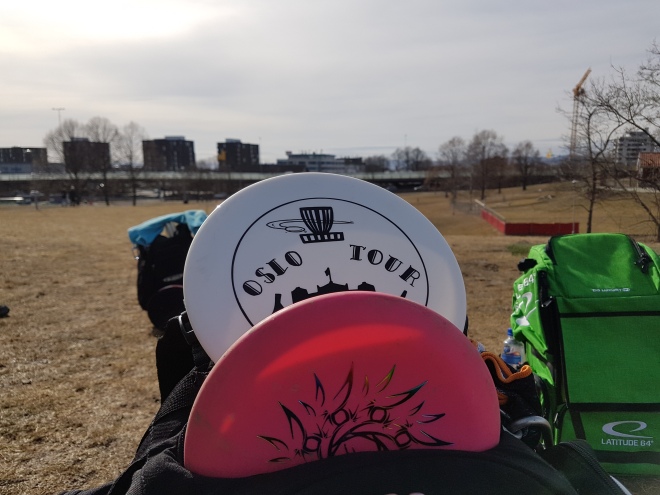 And BOOM! Just like that the 2017 have startet. Hours of practice, months of preparation, all came into play in this weekends tournament. And this tournament I attended not only as a happy AM, but also as the TD. A role I got fairly comfortable with during last seasons Oslo Tour, but the butterfly was still flying before the start this weekend. 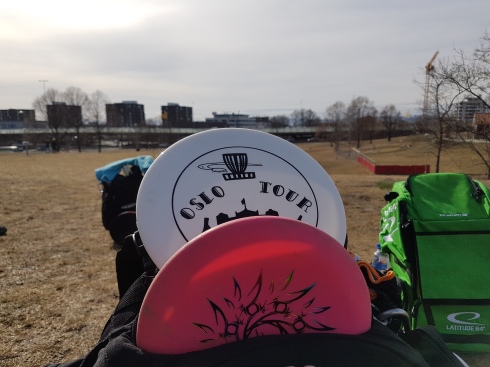 Oslo Tour 2017 is a collection of four tournaments in Oslo, which I took initiative to last year. It have become a great collection of tournaments due to a collaboration between the three clubs in the city, and it got a flying start with a warm and sunny tournament overlooking the city. Had my Finnish friend Jari visiting, the Sandnes Mafia where in town and my training partner Fredrik seemed ready to rock and make some magic happen (he won MPO with a sick -12 last round).

For my own game I played under my rating first round and over the last round, averaging on my rating. During the first round I got really frustrated due to my sudden lack of puttting skills, especially since I knew it was only in my head. The 5 meter putts (which I felt there where 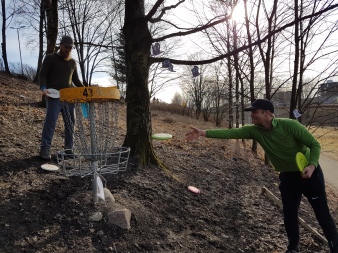 many of) seemed challenging, as I could not get out of my own way mentally. Second round I decided that I was going to make the putts, and so I hit everything within the circle for the majority of the round. All in all it was okey minus in terms of my own play which I overthinked, and okey pluss for my TD`ing. So it was an okey tournament for me, mix in the awesome people and it become a good disc golf weekend.

This weekend I had two discs which I knew I could really on, and came out of the bag more than others. The first is my Teebirds and especially my “Strawberry shake” swirly star KJ Nybo 10 time Teebird, the most overstable of all my birds. There is a lot of hyzing on Muselunden Frisbeegolfbane, and both forhand and backhand I know that it will get me where I want and fade consistently. Another one was a little more of a surprise for me, but with a super straight flight pattern and great glide, the MVP Atom Electron was money. It handles moderate winds, hold the lines perfectly and feels great in my hands.

Thank you to my sponsor Guru Disc Golf for supporting both me and the tournament, helping us all grow the sport!

Some stats from this tournament weekend:

There was an error retrieving images from Instagram. An attempt will be remade in a few minutes.